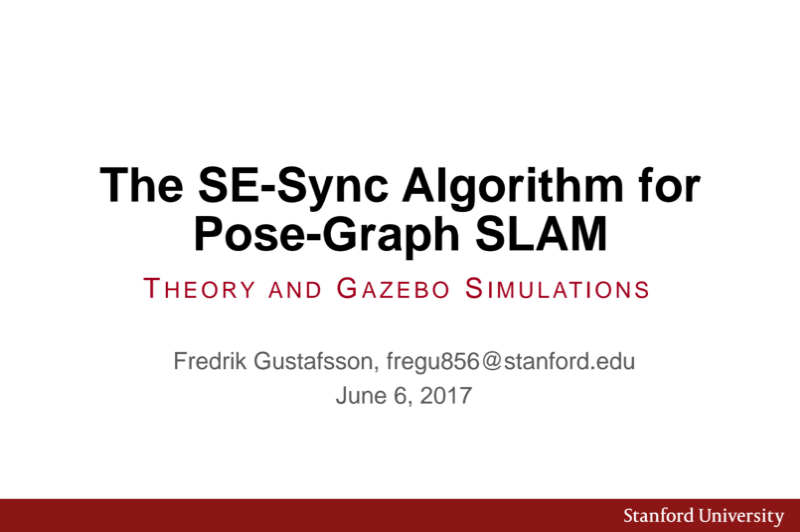 Our main contribution is an implementation of SE-Sync in a ROS compatible SLAM system obtained by replacing the back-end optimizer of an existing open source implementation. Utilizing a realistic simulation environment, we compare its performance with the original implementation in four different mapping environments of varying size and complexity, and find that SE-Sync performs equally well or slightly better in all cases.

We finally conclude that application of the SE-Sync algorithm in practical SLAM systems seems promising, but that further work is necessary to determine whether or not the improvement is of significant practical importance.